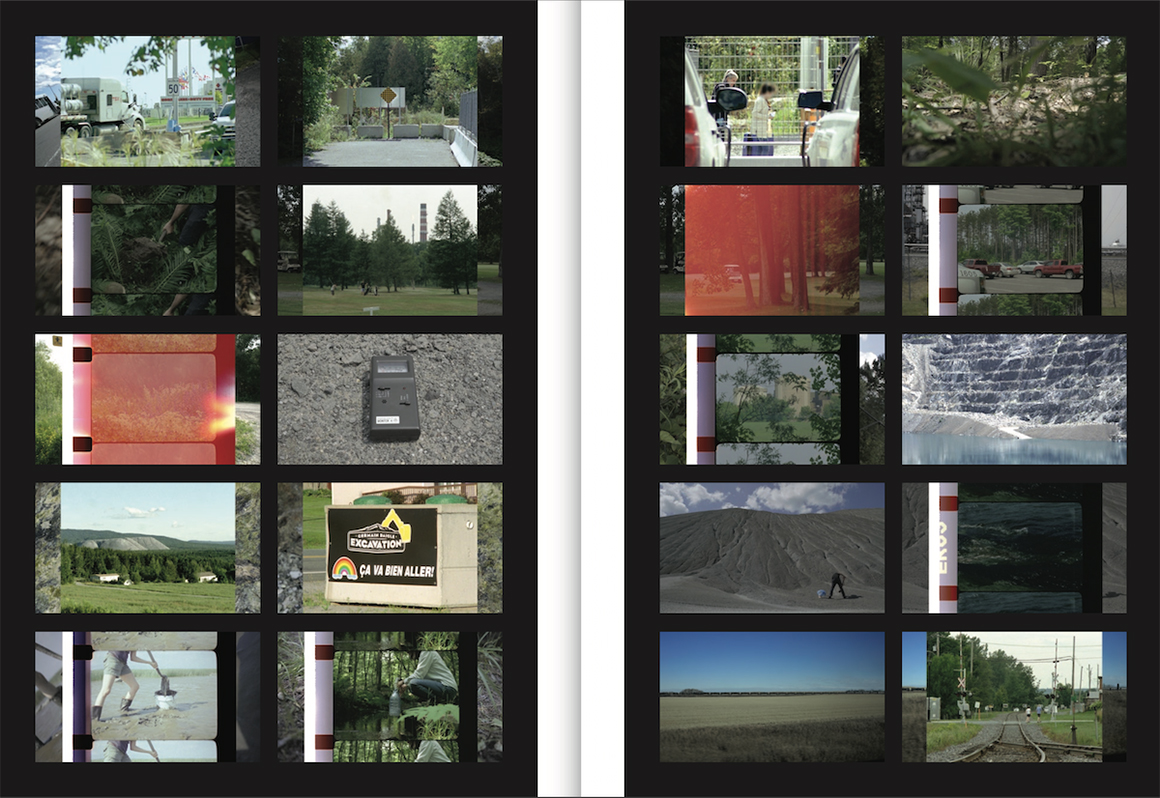 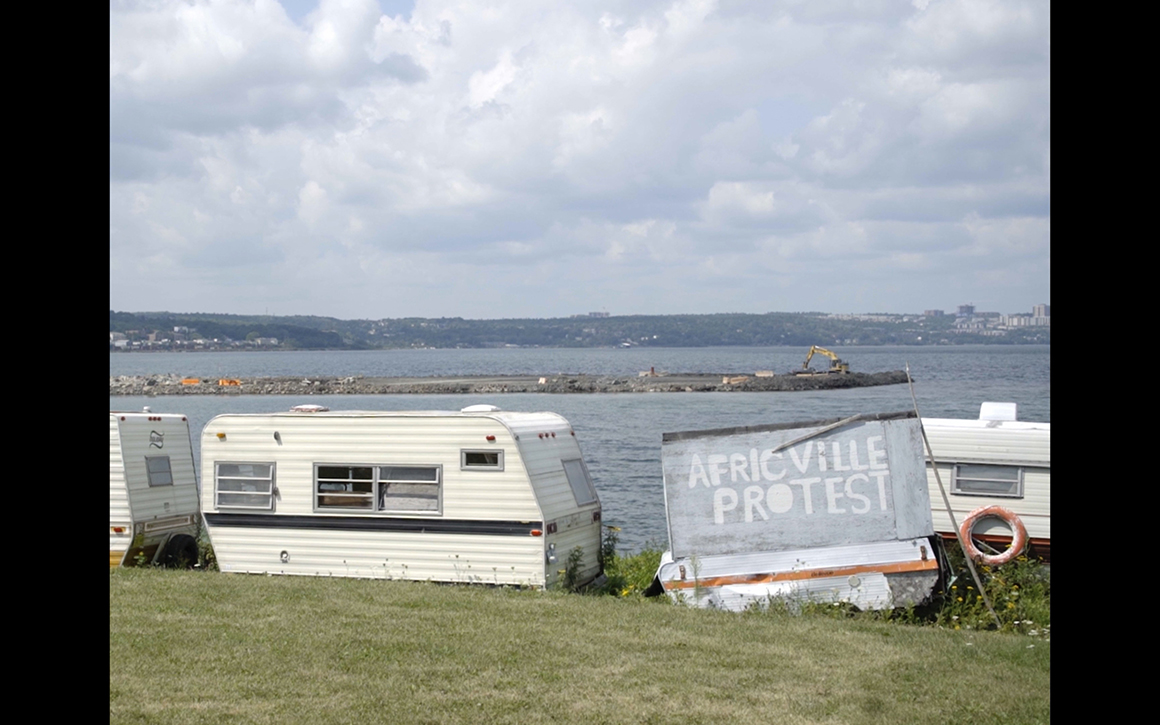 The Other Side of the Fence: Racialized Geographies and Gestures of Reappropriation

The notion of territory is marked by a fracture intrinsic to capitalism, a fracture that separates the human from the land as well as from the state enclosing it. For Indigenous and racialized people alike, this separation has been further entrenched by the experience of forced migrations, targeted detentions and the intensified destruction of living environments. These dispossessions without privileges have generated their own resistances, uncovering paths that lead to the reappropriation of the terrains we live in—beyond property, extraction and the state.

Over the course of this gathering, we will explore the question of our attachment to territory, taking as our starting point issues faced by Indigenous and other racialized people—namely political dispossession, mass incarceration and environmental racism. We will also consider concrete actions that have been inspired by Indigenous and anti-racist activisms, and examine how they are fashioning new ways of relating to the earth and our living environments on the margins of appropriative, colonial and extractivist Euro-Western modalities.

This half-day of joint reflection will be set in motion by presentations from three guests: Suzy Basile, professor at the École d’études autochtones at UQAT and member of the Wemotaci Atikamekw community; Rémy-Paulin Twahirwa, community organizer and doctoral researcher in sociology at the London School of Economics; and Nayla Naoufal, author, critic, and independent researcher, and member of the Centre de recherche en éducation et formation relatives à l’environnement et l’écocitoyenneté at UQAM. The gathering will be moderated by Edith Brunette and François Lemieux in the context of their exhibition Going to, Making Do, Passing Just the Same.

Suzy Basile comes from the Atikamekw community of Wemotaci, Quebec, Canada. She has a Bachelor degree and a Masters degree in Anthropology; in 2016, she defended a thesis in the Environmental sciences Ph.D. program at Université du Québec en Abitibi-Témiscamingue (UQAT). This thesis is about the role and the place of Atikamekw women in land and natural resource governance. Since she is professor with the School of Indigenous Studies of UQAT, at the Val-d’Or campus. In 2017, she set up a Research Laboratory on Indigenous Women Issues – Mikwatisiw and since January 1st, 2020 is hold a Canada Research Chair on Indigenous Women Issues. Since 2010, she is member of the steering committee of Aboriginal Peoples Research and Knowledge Network (DIALOG). Since June 1st2016, she is member of the UQAT’s Research Ethics Board (REB) as an Indigenous representative. Since 2019, she is member of the Steering Committee and the Ethics Committee of the Fonds de recherche du Québec – Société et culture.

Dr. Basile was involved in the development process of the Assembly of First Nations of Quebec and Labrador’s Research Protocol (2005, 2014). She developed the Guidelines for Research with Aboriginal Women for Quebec Native Women Association published in 2012. She has also published and co-leaded diverse issues on the subject of the ethics of research with Indigenous peoples. She actively participated in the creation of the Toolkit of Research Principles in Aboriginal Context:Ethics, Respect, Fairness, Reciprocity, Collaboration and Culturepublished in 2014 (1stedition) and 2018 (2ndedition).

Artist, writer and researcher, Edith Brunette is interested in the discourses that shape and undo power, as well as political engagement across the spectrum—in particular within the field of art. Cultivating collective forms of practice, her recent projects have notably focused on entrepreneurial ethos, the political agency of artists and the act of speaking out in periods of social crises. Cofounder of the activist organization Journée sans culture, she has co-edited numerous publications at the intersection of art and politics (To Spoil the Party, To Set Our Joy Ablaze, 2017; Le Merle, 2015, 2017), as well as contributed to various magazines and books on art. A doctoral student in political science at the University of Ottawa since 2017, she is the recipient of funding from the Pierre Elliott Trudeau Foundation (2019) and the Social Sciences and Humanities Research Council of Canada’s Joseph-Armand Bombardier Canada Graduate Scholarship (2018).

Working in a collective and anti-disciplinary manner, François Lemieux makes exhibitions, books, objects and images. His practice pays close attention to the ways of caring for what connects us. Since 2011 he has edited Le Merle — Cahiers sur les mots et les gestes, a publication series combining art, writing and political thought. His artistic collaborations include : Going to, making do, passing just the same (2020); Sur les soins (2020); On ne répond pas à la question — Contre toute attente, on procède; Un soleil difficile (2017) and Cuts Make the Country Better (2015). He is co-founder of the Journée sans culture collective and teaches visual arts on an occasional basis.

Born in Beirut and based in Tiohtià:ke/Montreal, Nayla Naoufal works as an art writer, cultural worker, and independent researcher in arts and environmental humanities. Her interests lie in the creation of situated practices of care, decolonial practices and alternative modes of co-inhabiting the world. Nayla collaborates especially with Indigenous artists in Quebec, Canada, and the world, and artists and collectives working with environmental concepts-practices. In her translating and writing practice, she integrates an inclusive and anti-racist form of writing, as words shape representations of the social world. She has an interdisciplinary background, with a training in biology and dance, experience in research, journalism and education, and a PhD in environmental science from UQAM. As the MAI’s (Montréal, arts interculturels), artistic engagement coordinator, Nayla works with and for underrepresented artists. She is a member of the Centre de recherche en éducation et formation relatives à l’environnement et l’écocitoyenneté at UQAM.

Rémy-Paulin Twahirwa is involved in different causes towards social justice, notably for the rights of (im)migrants and refugees. As a community organizer and researcher, he has developed an expertise in issues regarding discrimination, racism, and socio-economic inequalities. Twahirwa holds degrees in social science from the Université du Québec à Montréal (M.A. Political Science) and Université Laval (B.A. International Studies) and is currently a doctoral student in sociology at the London School of Economics. His research project examines detention centres in Canada and the United Kingdom.

Procrustes is the name of an innkeeper from Antiquity who, according to myth, laid weary travellers upon a bed that served as his template. Bodies too large were sawed down; bodies too small, quartered. Lits de Procuste (Procrustean beds) are all the apparatuses that have reversed their functions and that demand their occupants adapt to their measure, rather than the inverse. From this premise Edith Brunette and François Lemieux draw their watchword, a performance made to measure for these confined times.

“But the most beautiful thing about my burrow is the stillness. Of course, that is deceptive. At any moment it may be shattered and then it will be over. For the time being, however, the silence is still with me. (…) the place feels both warm and cool. Sometimes I lie down and roll about in the passage with pure joy.” (Franz Kafka, The Burrow, translated from German by Willa and Edwin Muir).

The performance was recorded with the help of a 360 degree camera. Viewers could navigate in the video by clicking on the image and holding down the left mouse button.

Watch the video of the event

Launch of the book Going to, Making Do, Passing Just the Same and roundtable with the artists, authors, and designer.

To counter the threat of this catastrophe depleting our political imaginary, we can take hold of it to reinvent how we live. But the question remains: where—by what—does one begin grasping a deliquescent world? What forms of inhabitation remain in a world depleted by ecological destruction and displacement? To mark the launch of the publication Going to, Making Do, Passing Just the Same, join us for a conversation around these questions with writers Marisa Berry Méndez, Suzanne Beth, Erik Bordeleau, Dalie Giroux, Amélie-Anne Mailhot and Diane Roberts, graphic designer Karine Cossette, and editors Edith Brunette and François Lemieux.

Marisa Berry Méndez has been working as a migrant rights advocate for over a decade. After obtaining a master’s degree in migration and ethnie studies she worked at the Canadian Council for Refugees where she was responsible for developing that organization’s campaign for migrant worker rights. Now with Amnistie internationale Canada francophone, she is coordinating a campaign on migrant essential workers focused on the intersections of precarious immigration status and precarious work in Quebec.

Suzanne Beth‘s practice spans research, writing and working with images. Following a Ph. D. dedicated to the films of Japanese director Ozu Yasujirô, her projects now take place in the hinterlands of the university. With Japan in mind and duration as an abiding interest, her current work focuses on the upkeep of material and immaterial worlds that can stem their devastation.

Erik Bordeleau is affiliated researcher at the Stockholm School of Economies and at INRS (Montreal). He has published several books and articles at the intersection of political philosophy, contemporary art, world cinema, finance and media theory. He teaches seminars in critical cryptoeconomics at the Schoof of Disobedience at the Volksbühne theater (Berlin) and with Saloranta & De Vylder, he is developing The Sphere, a p2p community platform for the performing arts.

Artist, writer and researcher, Edith Brunette is interested in the discourses that shape and undo power, as well as political engagement across the spectrum-in particular within the field of art-and cultivating in her own work collective forms of practice and reflection. She has, since 2017, pursued doctoral research in political science at the University of Ottawa and is the recipient of funding from the Pierre Elliott Trudeau Foundation (2019) and the SSHRC’s Joseph-Armand Bombardier Scholarship (2018).
www.edithbrunette.net

Karine Cossette is an artist, graphic designer and researcher. Her work, through photography, collection, writing and design, investigates the effects of consumption, both in its material evidence and in how it enters our minds. She holds an MFA in Visual and Media Arts from UQAM (2018) and her projects include: Mutants (2005–2013); Seeing Things (2014-18); the digital publication and residencyBoxes (2018); and Lamps (2019) for the Sightings program at the Leonard & Bina Ellen Art Gallery. As a graphic designer, she has designed, amongst others: the journal PDF (2015-19) edited by David Tomas; the publication Parallaxe (2019) by the film director François Delisle and photographer Anouk Lessard; the program Terms (2020-) at the Leonard & Bina Ellen Art Gallery; and the publication Going to, Making Do, Passing Just the Same (2021), edited by Edith Brunette and François Lemieux.

Amélie-Anne Mailhot is a post-doctoral researcher at UQAM. She is the author of a doctoral thesis titled L’ « art pour manger»: explorations du complexe de l’autonomie alimentaire innue comme mémoire de liberté politique dans les lieux de friction des habitations poli­tiques du Nitassinan [“Art for Eating”: Explorations of the lnnu Food Autonomy Complex as Memory of Political Freedom within Sites of Friction of the Political Dwellings of Nitassinan]. Her research focuses on practices of subsistence
and care that counteract extractive and colonial uses of territories and their inhabitants.

Diane Roberts is a PhD candidate in lnterdisciplinary Studies at Concordia University in Montreal, a 2019 Pierre Elliott Trudeau Scholar and a 2020 Joseph-Armand Bombardier Canada Graduate Scholarship award holder. She is the Founder of the Arrivais Legacy Project (www.arrivalslegacy.com) and has been the lead workshop facilitator for the past 16 years. The roots of storytelling and multi-disciplinary art forms drive her arts practice as a director dramaturg and cultural animator. Her working methodology draws out and establishes a common vocabulary among lndigenous and diverse artists-our ways of working and our sense of ourse Ives as artists in a global society.

GOING TO, MAKING DO, PASSING JUST THE SAME

This series of public programs is part of the exhibition Going to, Making Do, Passing Just the Same by artists Edith Brunette and François Lemieux.