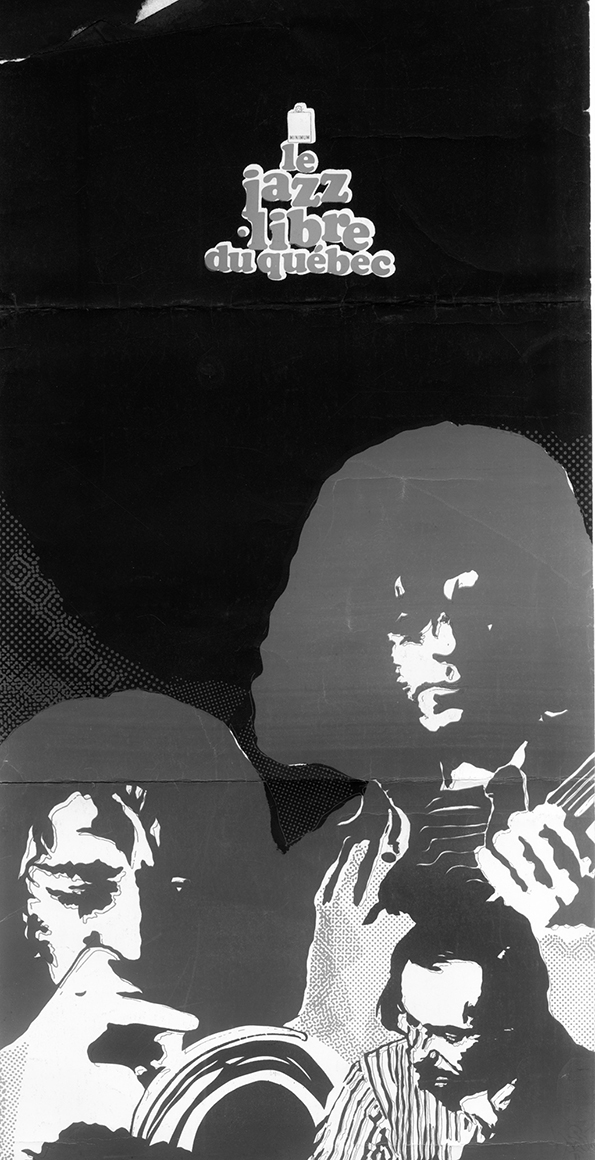 Workshop led by Eric Fillion on the history of le Quatuor de jazz libre du Québec and Atelier de musique expérimentale and the question of the place of improvisation in the archive.

Free jazz “is not a form of collective hysteria,” explain the members of Jazz libre at the beginning of the 1970s. As a musical genre it is “a sort of joyous and aggressive cry of liberty, a cry of relief, an explosion of life, an audacious and sound force of affirmation.” However, collective improvisation in music (both free jazz and non-idiomatic improvisation) is always ephemeral, in effect, elusive, as it unfolds within the moment and is generally deployed at the margins of mainstream culture. Such is the case of Jazz libre’s practice of marrying politics and music, aligned as they were to the leftist sovereignty movement of the 1960s and 1970s. The same is true of the work produced by the young improvisers who founded the Atelier de musique expérimentale [Experimental Music Workshop] in 1973. What place do these groups occupy within institutional archives? Need their spontaneous compositions be inscribed in our collective memory? What challenges do improvised acts (aesthetic and/or political) present the archivist and historian? This seminar seeks to address these questions through a return to the 1970s, recruiting a vast range of archival documents (posters, correspondences, flyers, unedited recordings, newsletters, video recordings, etc.) drawn from the files of Tenzier, a non-profit cultural organization, and Concordia University’s special collections (Fonds Jean Préfontaine and Véhicule Art).

Eric Fillion is a PhD candidate in the department of history at Concordia University. His research focuses on the origins of Canada’s cultural diplomacy and – more specifically – the use of music in Brazilian-Canadian relations (1938-1968). This project builds on the experience he acquired as a musician and his ongoing work on the Quatuor de jazz libre du Quebec. Eric Fillion is also the founder and director general of Tenzier, a non-profit organization, which has as its mandate to preserve and disseminate archival recordings by Quebec avant-garde artists.

Local Records is a program that pairs exhibitions with relevant archival holdings in Montreal. Animated by a guest researcher each seminar coordinates encounters and discussions around a selection of primary documents, offering a local lens through which to consider the exhibition and a point of departure for new research.