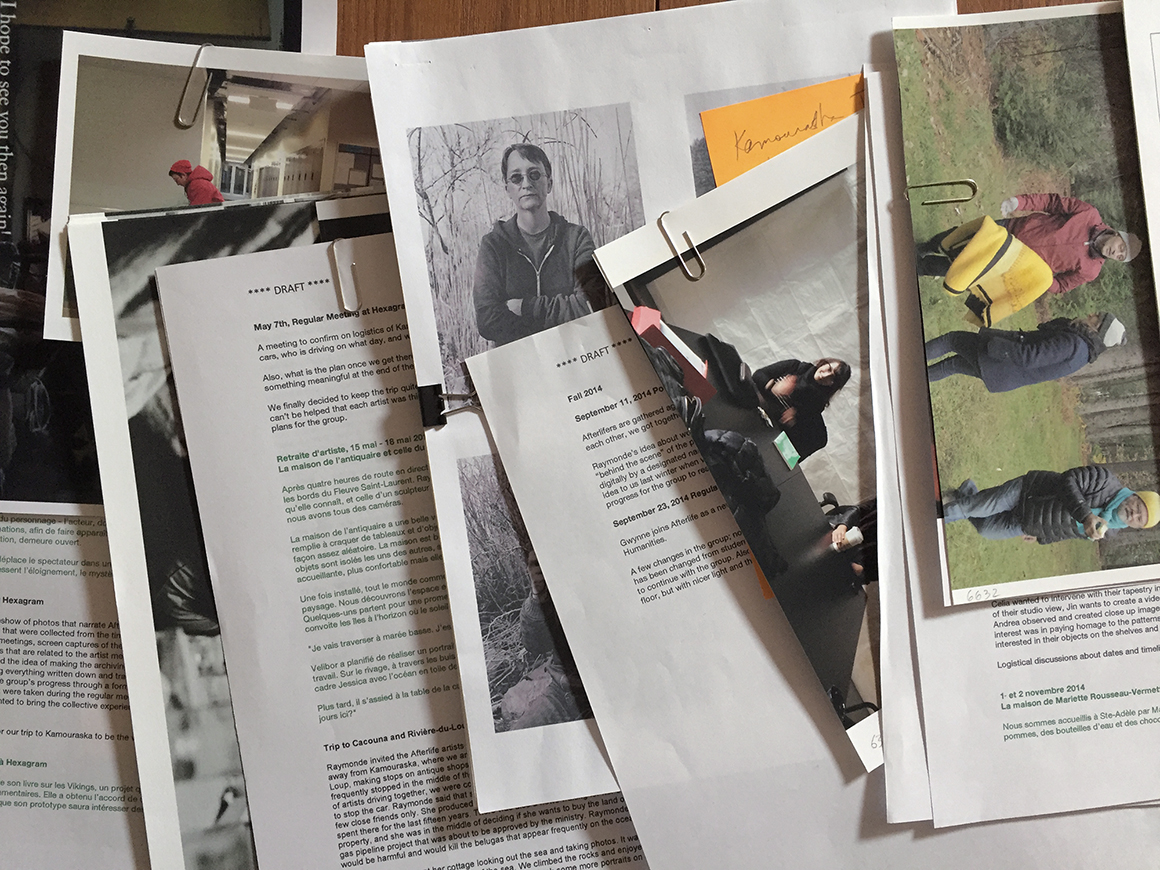 A video project by the Afterlife group / Concordia University

Presented by the Ellen Gallery

The Afterlife group is made up of thirteen image practitioners whose work aims to develop a concept of “afterlife” that belongs to the language of images. Taking its name from a work by the late Québec poet Marie Uguay, the group is united by a shared dialogue about storytelling and the vicissitudes of memory. The group has exhibited large-scale photographs, video projections, experimental writing, and sound installations in Québec and abroad. These collective engagements have generated new collaborative modes of production and dissemination, including a practice of archiving their collective art-making process.

Afterlife was created by Raymonde April in 2013.