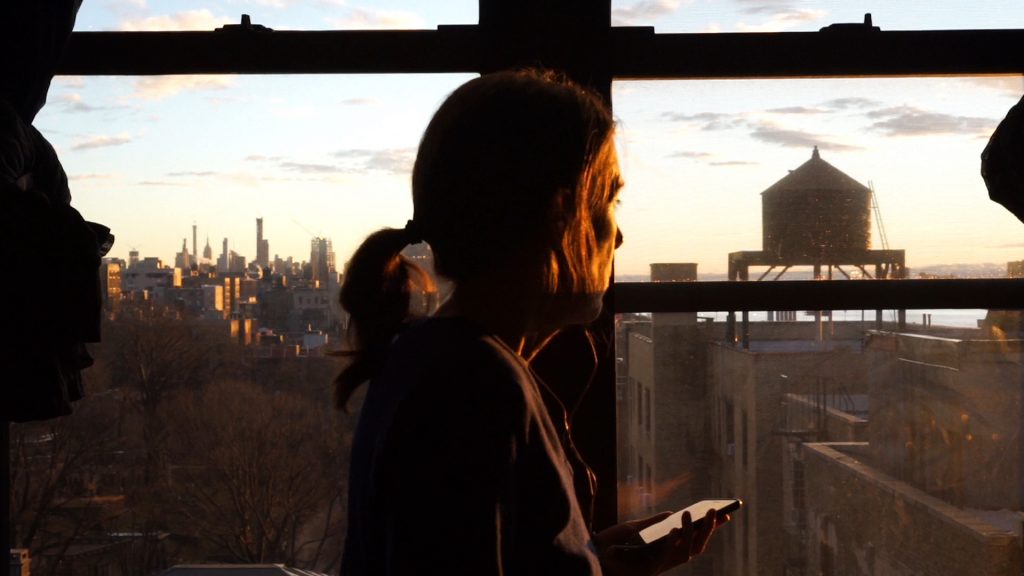 Moyra Davey, i confess, 2019. Still image from the film. Courtesy of the artist

i confess triangulates three writers: the novelist and essayist, James Baldwin, the Quebecois revolutionary, Pierre Vallières, and the political philosopher, Dalie Giroux. An essayistic work anchored by the emergent themes of race, poverty, and language in North America, ‘I confess’ began as a meditation on Baldwin’s novel Another Country, then took an unexpected deep dive into the turbulent separatist politics of Quebec in the 1960s and 70s, as filtered through Davey’s childhood recollection of the events.

Followed by a conversation between Davey and Katrie Chagnon.

Moyra Davey is an artist based in New York, and whose work comprises the fields of photography, film, and writing. Along with a photo-based practice dating back to the late 1970s, she has also produced several works of film, most recently Wedding Loop (2017) as part of her contribution to documenta 14 in Athens. She is the author of numerous publications including Burn the Diaries and The Problem of Reading, and is the editor of Mother Reader: Essential Writings on Motherhood. Davey has been the subject of major solo exhibitions at institutions including Portikus, Frankfurt/Main (2017); Bergen Kunsthall, Norway (2016); Camden Arts Centre, London (2014); Kunsthalle Basel (2010); and Fogg Art Museum at Harvard University, Cambridge, MA (2008). Her work is found in major public collections, including the Museum of Modern Art and the Metropolitan Museum of Art in New York, and Tate Modern in London. She was awarded the Scotiabank Photography Award in 2018 and the Anonymous was a Woman Award in 2004.

Katrie Chagnon holds a PhD in art history from Université de Montréal. Her research focuses on theories and discourses on art, psychoanalytic and feminist methodologies, and phenomenology. Her dissertation De la théorie de l’art comme système fantasmatique : les cas de Michael Fried et de Georges Didi-Huberman is forthcoming in 2020 from Presses de l’Université de Montréal. Chagnon has been equally active in arts and culture milieus over the past fifteen years as an author, editor, and curator. From 2015 to 2018 she was the Max Stern Curator of Research at the Leonard & Bina Ellen Art Gallery at Concordia University, where she developed numerous curatorial and publication projects. Currently responsible for the artistic direction and member of the editorial committee of the cultural journal Spirale, Chagnon continues her academic work as an associate professor in the Department of Art History at UQAM.