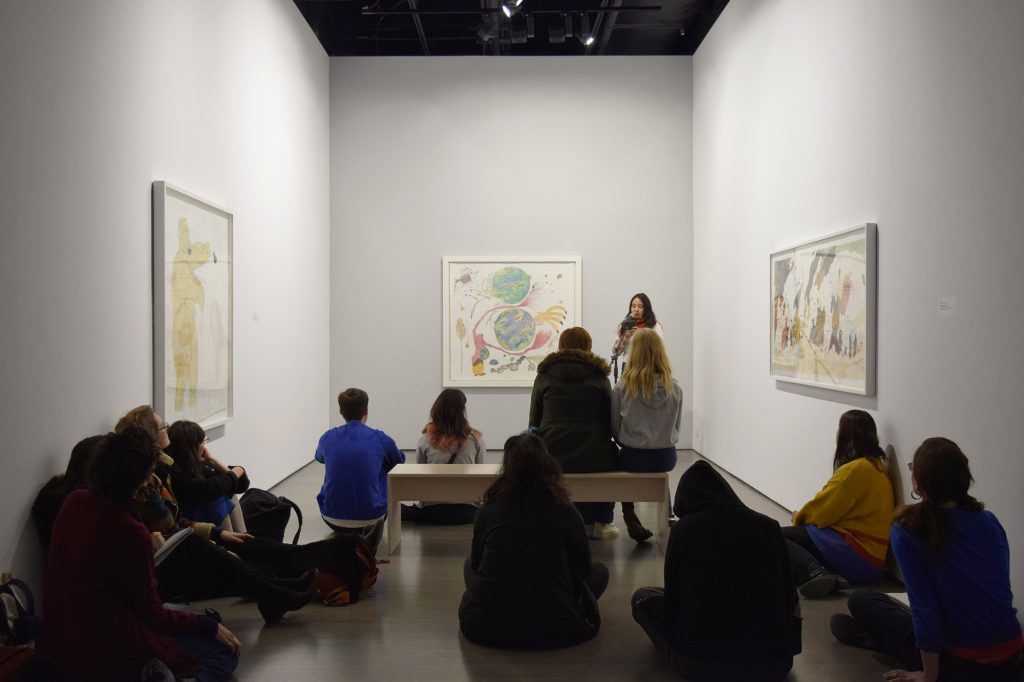 Inuk artist asinnajaq reads a new suite of poems written in response to Ashoona’s Untitled (woman giving birth to the world), 2010, followed by a collective analysis and writing workshop focusing on select works in the exhibition.

asinnajaq, also known as Isabella Rose Weetaluktuk, is a visual artist, filmmaker, writer and curator based in Montreal, QC. asinnajaq’s practice is grounded in research and collaboration, which includes working with other artists, friends and family. In 2016 she worked with the National Film Board of Canada’s archive to source historical and contemporary Inuit films and colonial representations of Inuit in film. The footage she pulled is included in her short film “Three Thousand.” The film was nominated for Best Short Documentary at the 2018 Canadian Screen Awards by the Academy of Canadian Cinema & Television. asinnajaq is part of the curatorial team for the Canadian Pavilion at the 2019 Venice Biennale.

Join educator Emma Haraké for a commented tour and conversation on the exhibition in Arabic. 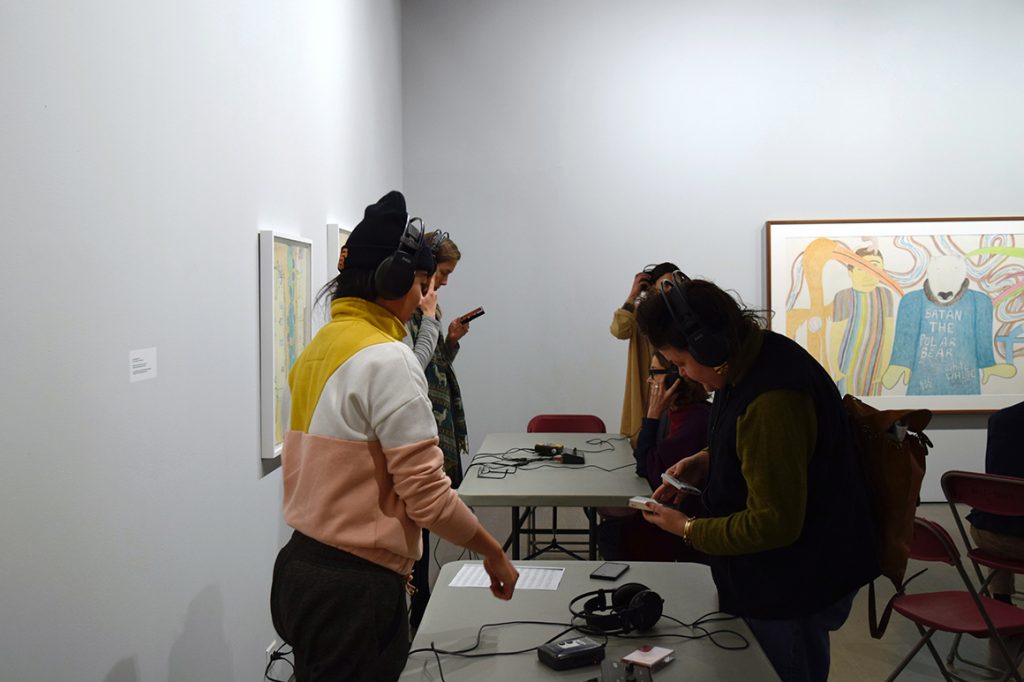 Join Geronimo Inutiq for an archives session opening up different insights into arctic life through an Inuit cultural perspective.

Geronimo Inutiq has experience as an artist in the fields of electronic music production, deejaying, film, video editing, digital images, theatre, dance, and multimedia installation. He has worked in collaboration with many community-driven projects and cultural agencies. His work often relates to identity constructs – from the point of view of a multicultural Inuk perspective – in reflection of a metropolitan lifestyle. 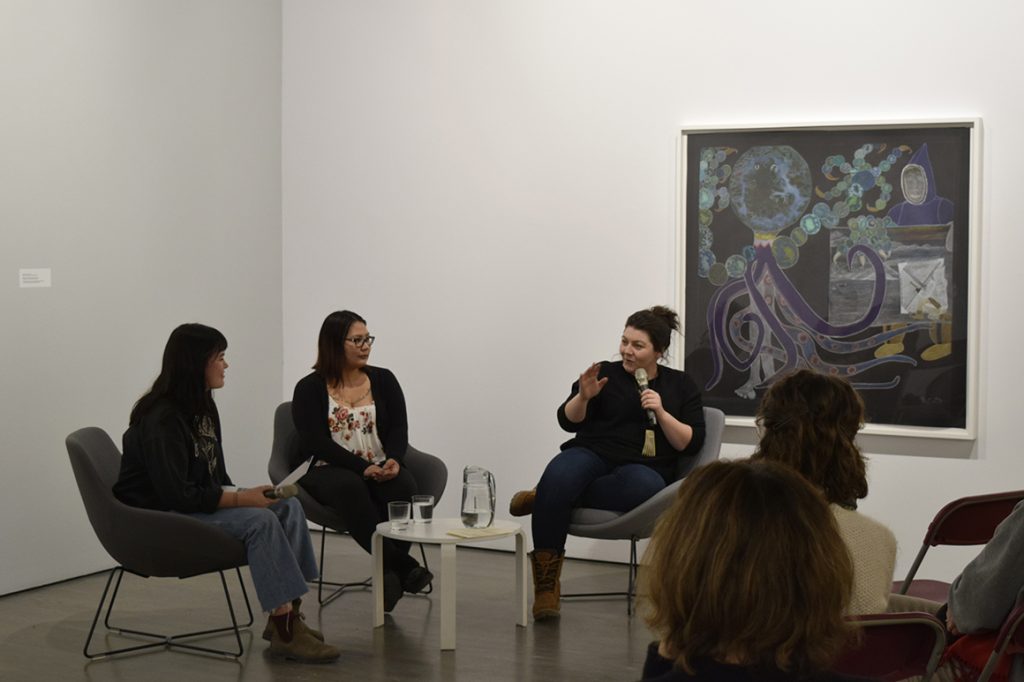 Meaning “Our Voice” in Inuktituk, Nipivut is an urban Inuit community radio show concerned with connecting North and South through the medium of voice.

Curious about what sounds might have accompanied the creation of Ashoona’s work as well as what the works themselves might sound like, Nipivut’s Naluturuk Weetaluktuk has prepared a special episode based on Mapping Worlds to be broadcast the night of the event.

Listening together in the gallery space, the audience will be guided through Ashoona’s worlds—be they physical, social, imaginary or discursive.

In Inuktitut and English
At the gallery
Free admission
Facebook Event