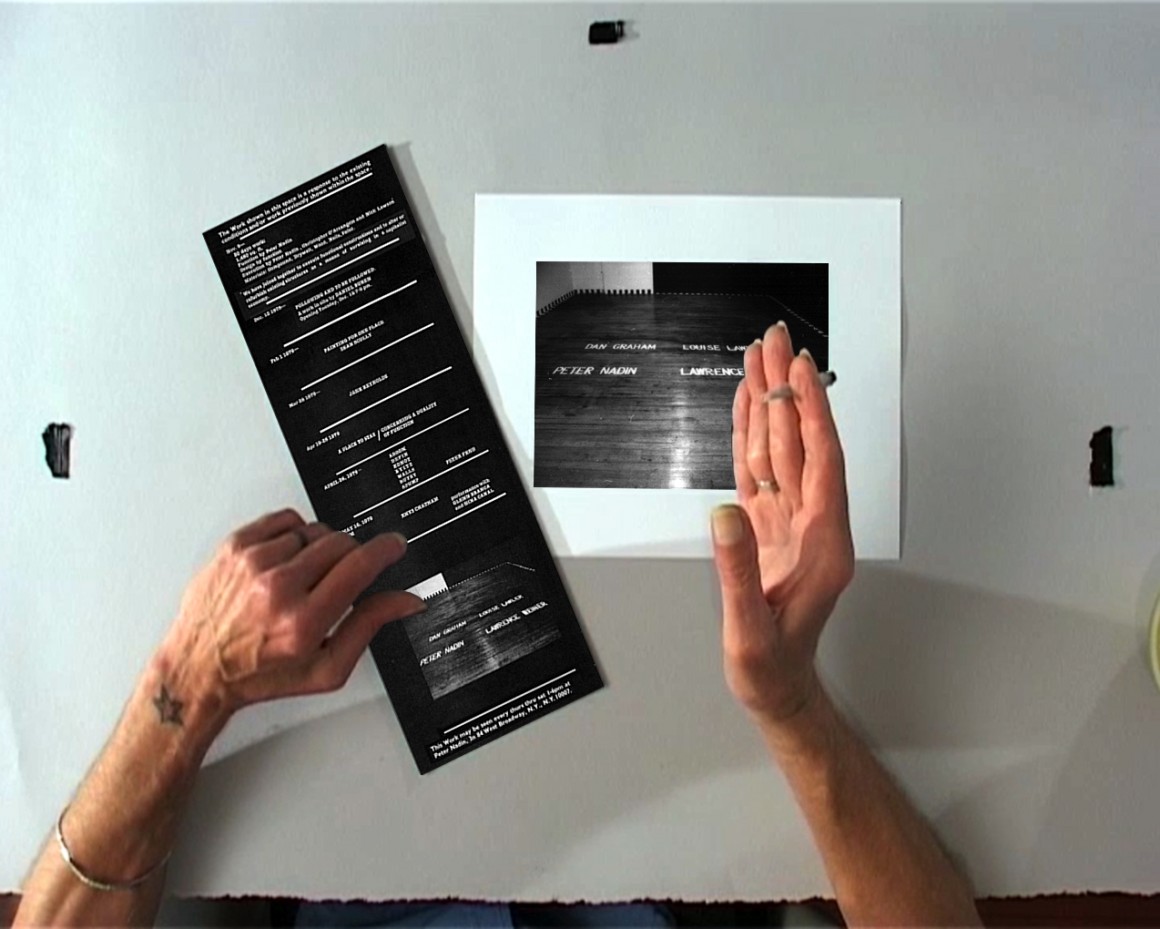 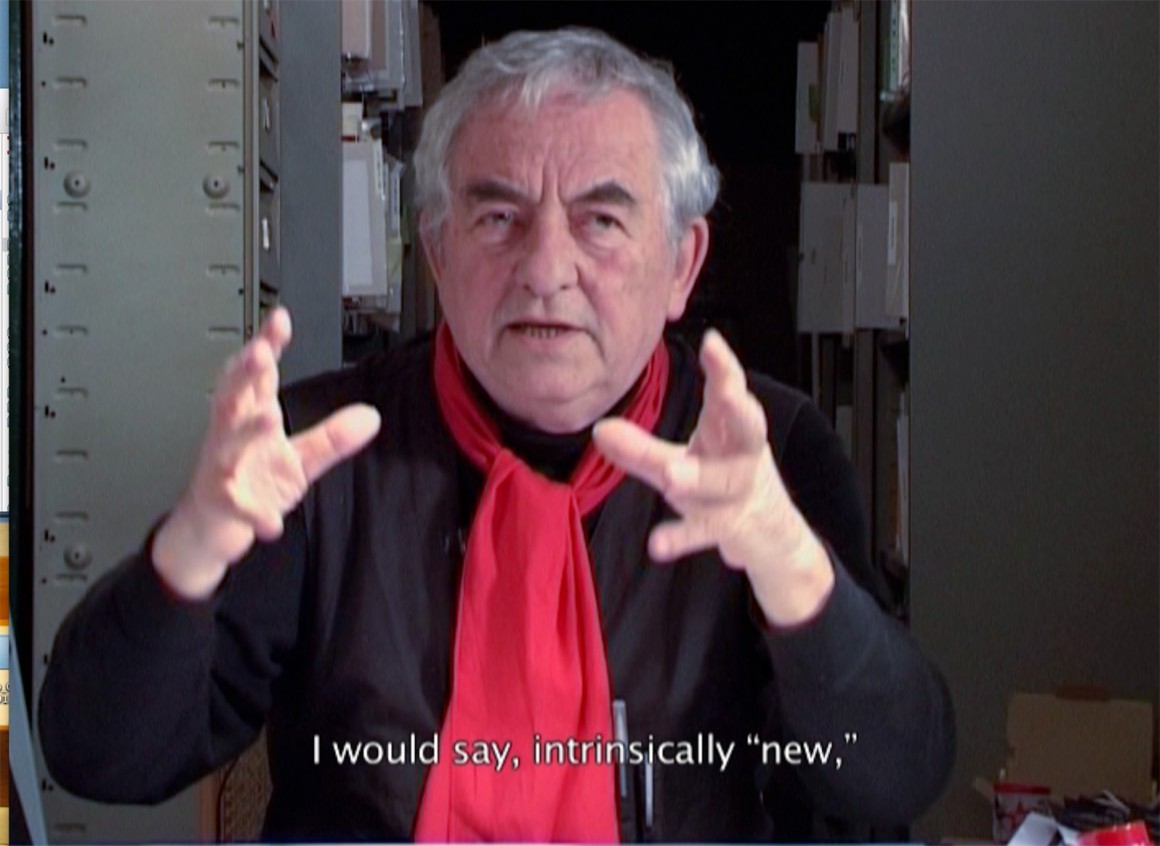 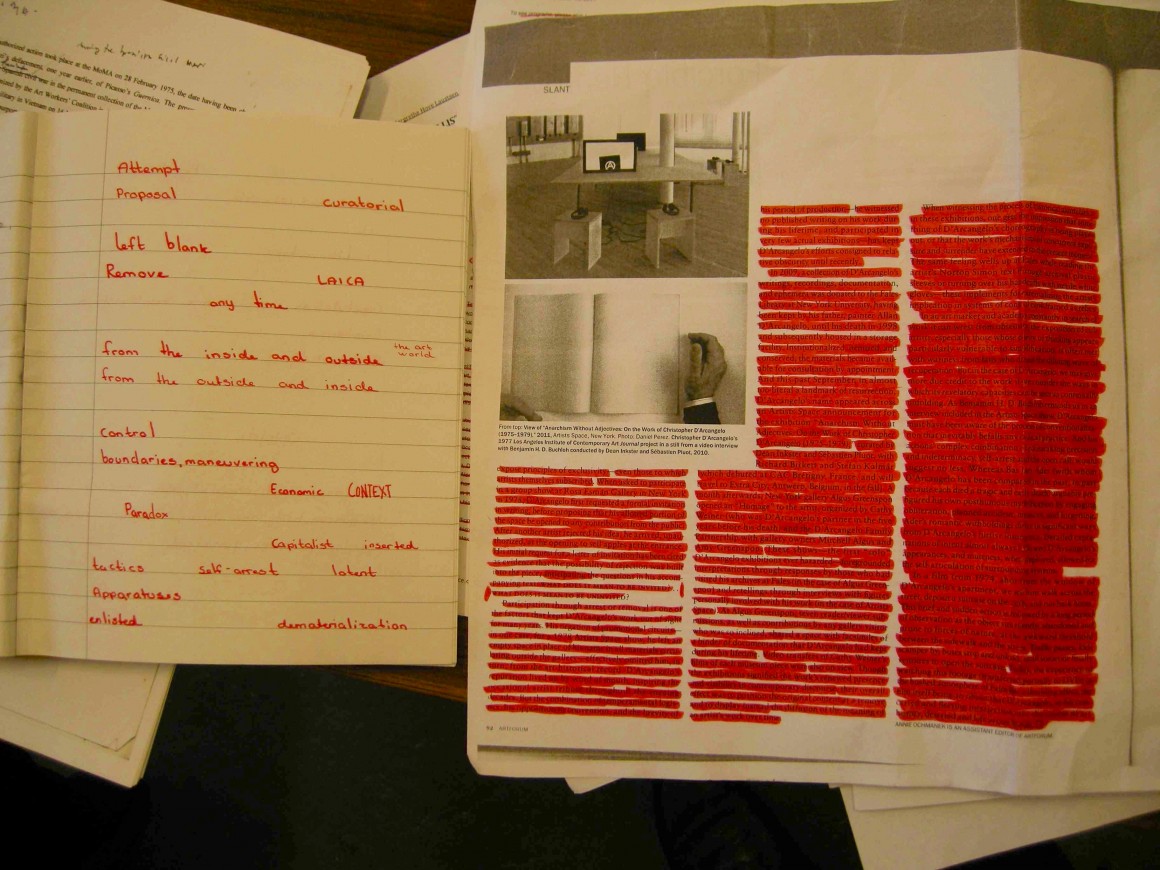 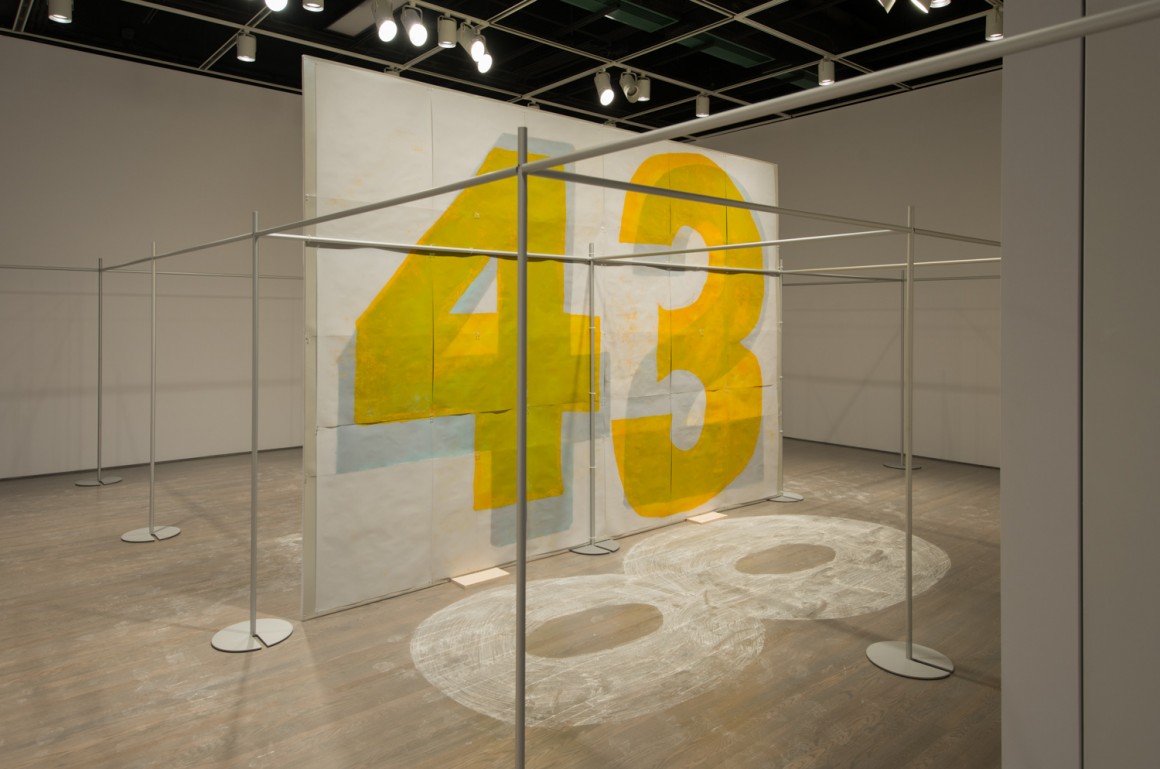 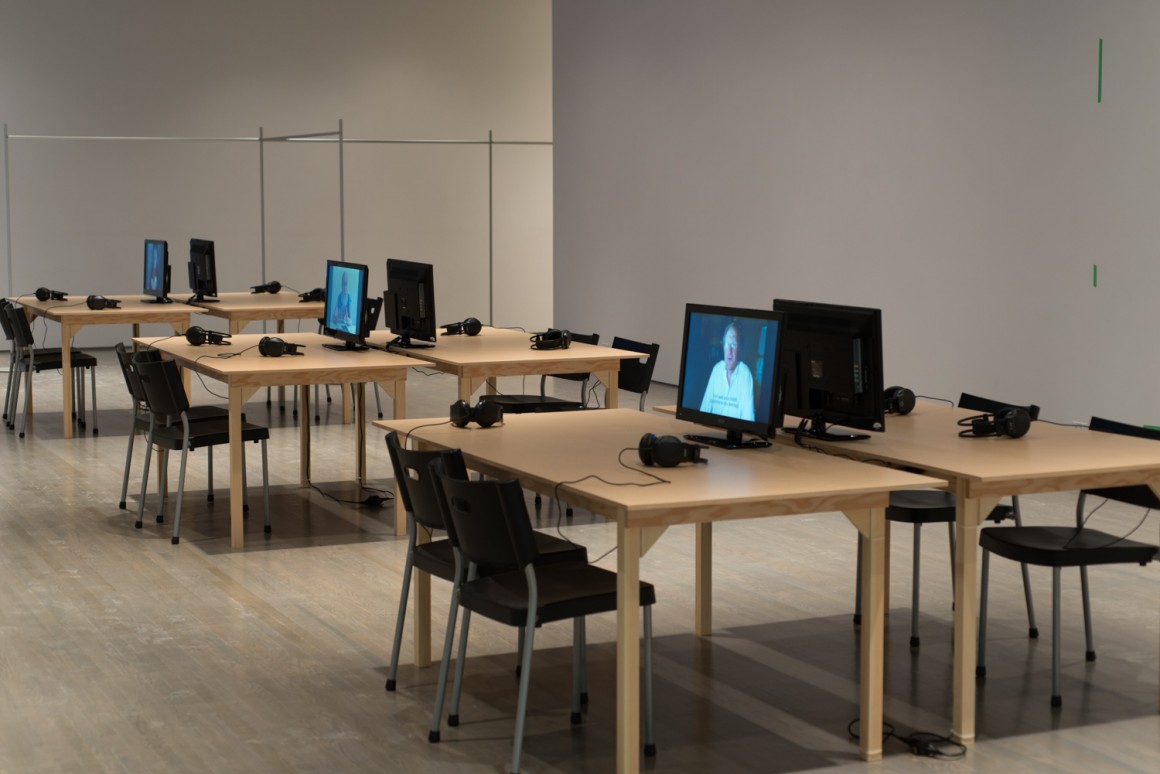 The programming at the LBEAG does not only represent contemporary art, it also investigates the conditions of its existence and the question of its legacy. In recent years exhibitions such as Interactions (2012); Traffic: Conceptual Art in Canada 1965-1980 (2012) ; Tim Clark: Reading the Limits (2008) or Documentary Protocols 1967-1975 (2007-2008) have addressed a varying set of these conditions within the context of a gallery exhibition. Thus, it seemed wholly appropriate to present another iteration of an exhibition on the American artist Christopher D’Arcangelo (1955-1979) who made the very conditions of art’s existence in society the subject of his practice.

Between 1975 and 1979, the North American artist Christopher D’Arcangelo (1955-1979) developed an artistic practice that was notable for its radicality and critical import concerning the role of the artist, the status of the art object and the institutionalization of art. A desire for a radical democratization of the production and reception of art motivated D’Arcangelo’s institutional critique, which he voiced in a statement on anarchism. Recalling the historical expression “anarchism without adjectives,” the statement, which accompanied in various forms the majority of his actions and interventions, contains an ellipsis between brackets in the place of an adjectival descriptor of the noun anarchism.

Although interest in D’Arcangelo has not been entirely absent over the last thirty years, to date, no posthumous exhibition or critical evaluation of his work has been undertaken. The written and visual documents that D’Arcangelo compiled to chronicle his practice, have been made available at the Fales Library & Special Collections, New York University, following a donation in 2009 by Cathy Weiner and the D’Arcangelo Family Partnership to the library’s “Downtown Collection.”

Testifying to an artist engaged in a critique of the social conditions and repercussions of art, and whose work is accessible solely in the form of an archive, represents a challenge to both contemporary art history and curatorial practice. It is this challenge, along with the paradoxes and critical complexities D’Arcangelo’s work and legacy raise, that the exhibition considers and analyzes.

Since its inauguration at the CAC Brétigny, France, in July 2011, the exhibition Anarchism Without Adjectives has been presented at Artist Space (New York), the Centro Cultural Montehermoso (Vitoria-Gasteiz, Espagne) and Extra City (Antwerp, Belgium). With the aim of being both retrospective and prospective, and as a form of ongoing research, each presentation of the exhibition has benefited from the contributions of an evolving roster of artists and of curators at each venue. For the current presentation, the curators, in collaboration with Michèle Thériault, have thus invited local and international artists, some of whom have previously participated, to contribute existing or new works as a means of generating further dialogue on the contemporary significance of the questions Christopher D’Arcangelo raised in his practice.

The exhibition has been made possible by the Canada Council for the Arts and the Service de Coopération et d’Action Culturelle du Consulat Général de France à Québec with the support of the Institut Supérieur des Beaux-Arts, Besançon/Franche-Comté.