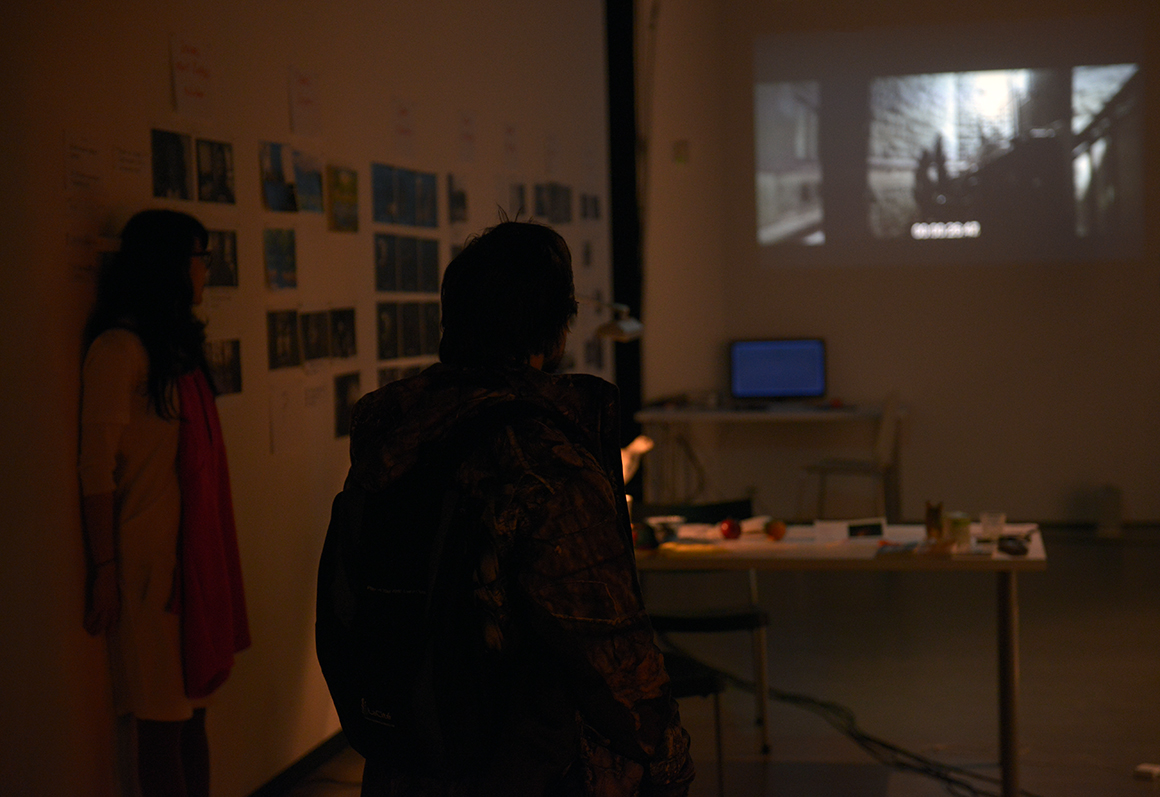 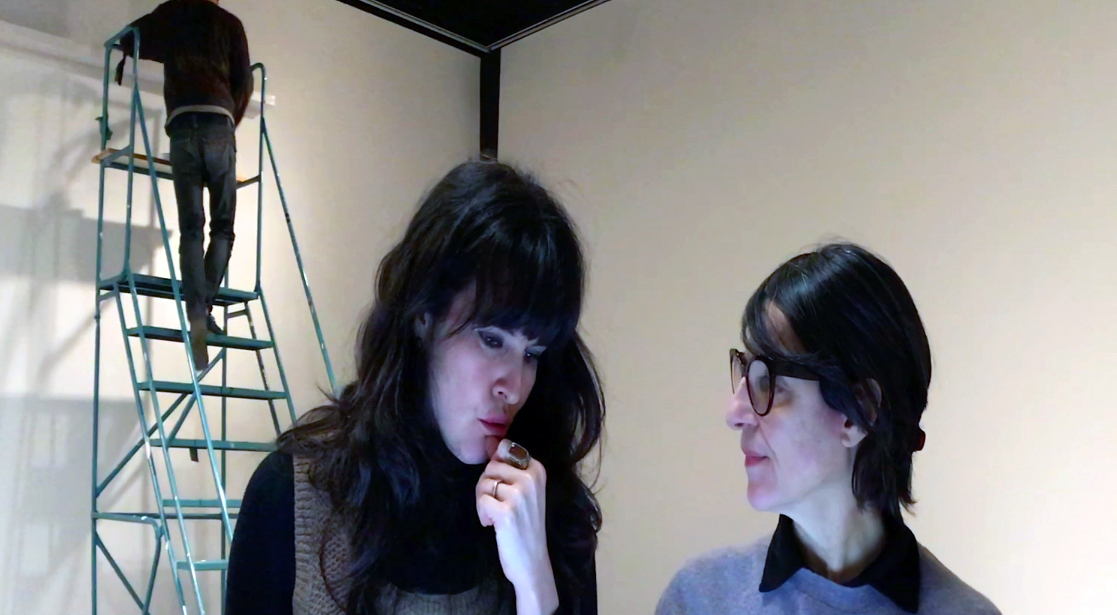 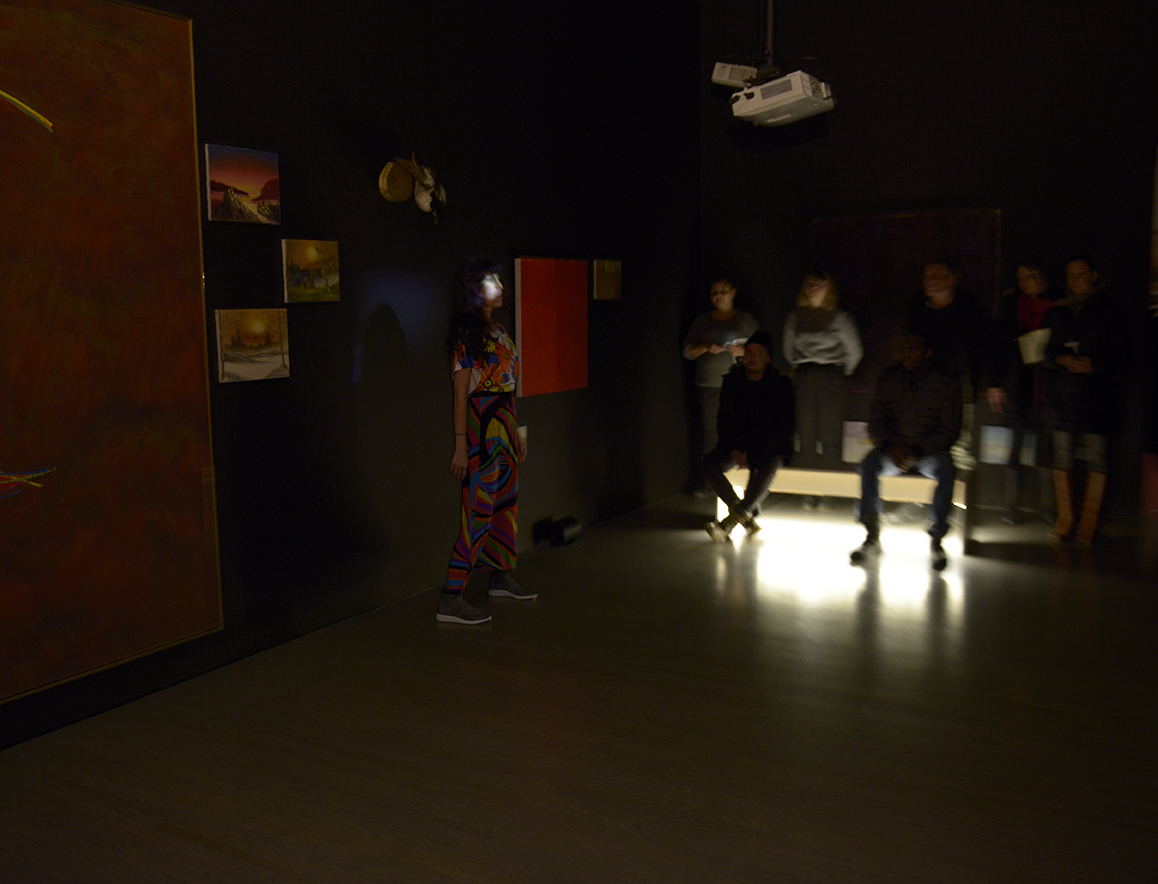 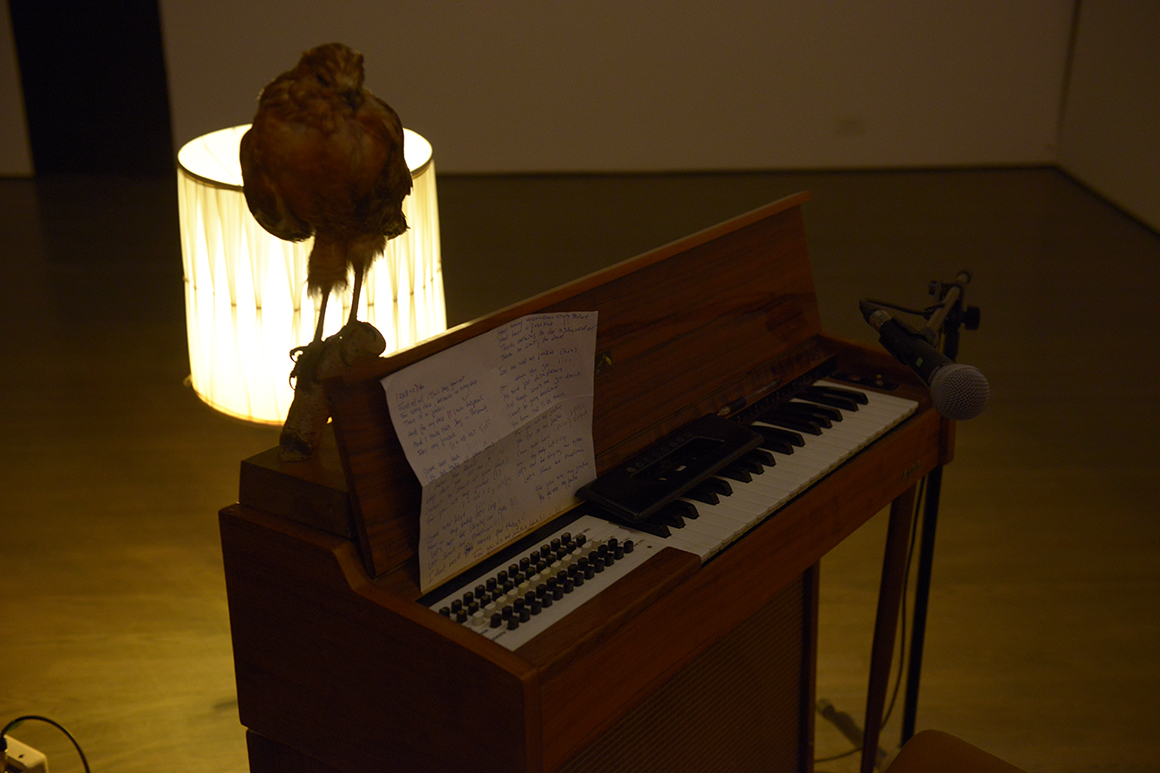 A project by Lynda Gaudreau

Lynda Gaudreau acknowledges the support of the Canada Council for the Arts; the Gallery would like to thank the Department of Design and Computational Arts Department, Concordia University, for their technical support.

OoS is the story of an exhibition in development. It is part of the series OUT by Lynda Gaudreau (LG). OoS for OUT of SIGHT is concerned with what is outside our field of vision but that nevertheless acts upon our perception.

OoS also recounts the story of K, the project’s dancer, Karina, who is participating in an exhibition project in a gallery. This project includes a film where she plays an actress. The script is unfinished and the film does not yet exist. Time is running out. With the exhibition approaching, LG decides to show the scenes already shot in one of the rooms of the gallery while continuing to develop the script during the five weeks of the exhibition.

OoS is additionally the story of a gallery that has unwittingly become material for the project. Its constituting parts (walls, plinths, collection), as well as everything that surrounds but doesn’t enter it, all contribute to the project’s raw material.

In the presence of K, the visitor, V, is invited to a guided experience during which they can complete the story and images offered to them. Depending on their availability, they can chose between two versions of the project: fifteen or forty minutes. Of course, V can change their mind and leave the gallery at anytime…

While not necessarily interactive, the project depends on the presence of V without whom it could not start. The visit commences only upon their arrival. It is through their presence and gaze that they contribute to the exhibition’s emergence.

OUT is a series initiated in 2009 by Lynda Gaudreau to explore that which doesn’t fit into a system: the misfit, the margin, and aesthetic, political and social eccentricity. Within this framework, the Gallery commissioned Gaudreau in 2010 to create OUT of GRACE, a project at the intersection of choreography and visual art where the living body occupied the Gallery’s five spaces in parallel with several visual works that evolved over a period of five weeks.

Lynda Gaudreau is an artist, choreographer, curator and researcher interested in experimental and radical practices. Oftentimes minimal, her work engages with densities of time and space, and evolves in series. How material, as well as immaterial, forms relate to choreographic processes within the frameworks of images and their presentation in space is the focus of her current research.

Lynda Gaudreau has worked internationally, notably in a close relationship with the Flemish cultural scene. The Théâtre de la Ville de Paris coproduced and presented her work over seven years. She collaborated with the Venice Biennial and has exhibited at the Architectural Association School of Architecture, London (AA). Gaudreau is based in Montreal.