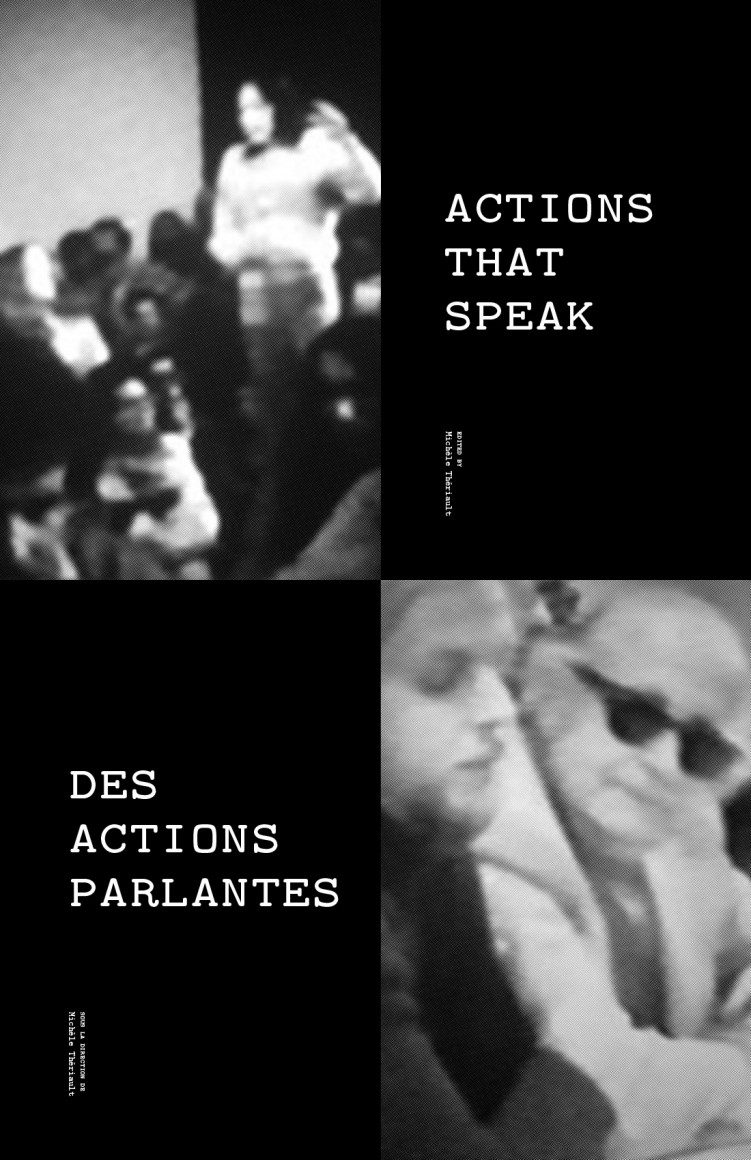 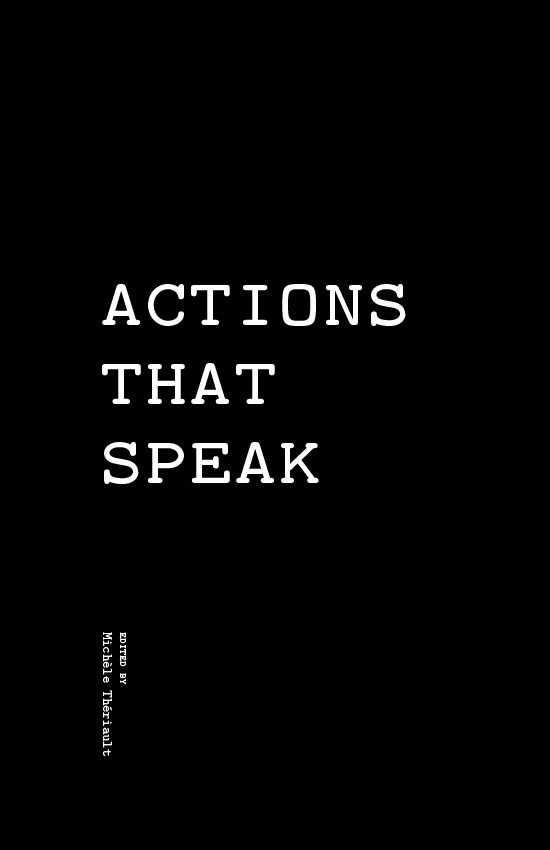 Actions that Speak presents essays by Sean Mills, Felicity Tayler, Michèle Thériault and Jean-Philippe Warren that convey processes of doing, thinking, and engaging oneself that contributed to redefining and reshaping Quebec society in the 1960s and 1970s. They reveal a will to speak and to act that distinguished both the community life and the artistic activity of this period, thus encouraging us to consider the present in terms of the complex density of that past.

Historian Sean Mills examines the linguistic debate in Quebec in the late 1960s from the perspective of the political economy of empire in which questions of colonialism and capitalism were important forces. Felicity Tayler presents an analysis of the history and performativity of Québec underground, 1962-1972, a three-volume publication that attempted to circumscribe the alternative and, for the most part, collective art practices of the 1960s in Montreal. Michèle Thériault offers an initial reflection on the interventionist nature of the curatorial practice of Norman Thériault, a leading figure in the artistic landscape of the 1970s. The collection concludes with an examination of Quebec’s neo-rural communal counterculture by sociologist Jean-Philippe Warren.