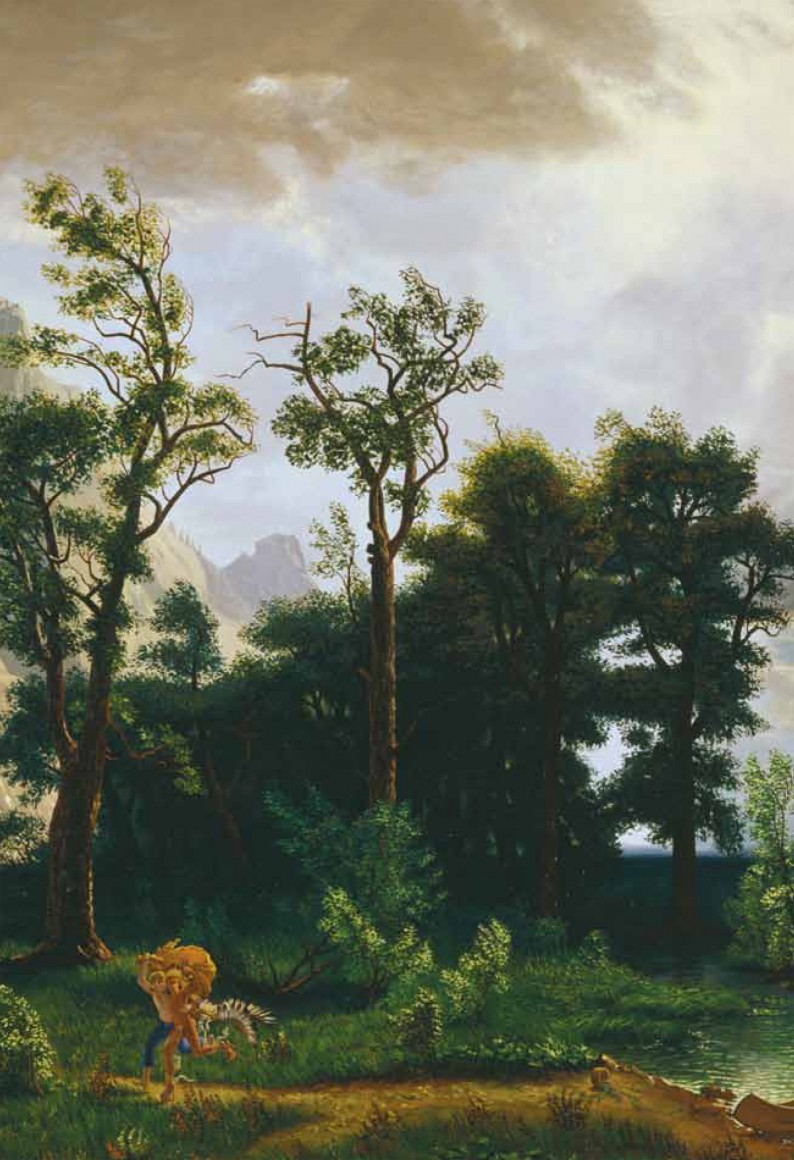 In conjunction with the exhibition
KENT MONKMAN. MY TREATY IS WITH THE CROWN

Kent Monkman’s work fascinates. An artist of Cree origin he revisits North American historical events and western cultural representations, often under the guise of Miss Chief Eagle Testickle, his alter ego, the sexy and extravagant diva warrior. His aesthetics and drama have the effect of drawing out both what has been erased and concealed in the historical inscription of aboriginal culture and the repressed desire and troubled fascination that have paradoxically contributed to shaping it. In INTERPELLATIONS, three essays on Kent Monkman, the art historians Jonathan D. Katz, Richard W. Hill and Todd Porterfield offer perspectives and analyses on Monkman’s work that address history and genre painting, the queered Romantic landscape, the shifting and unfixed subject, race, sexuality, conquest and sovereignty, and modern versus discontinuous temporality.