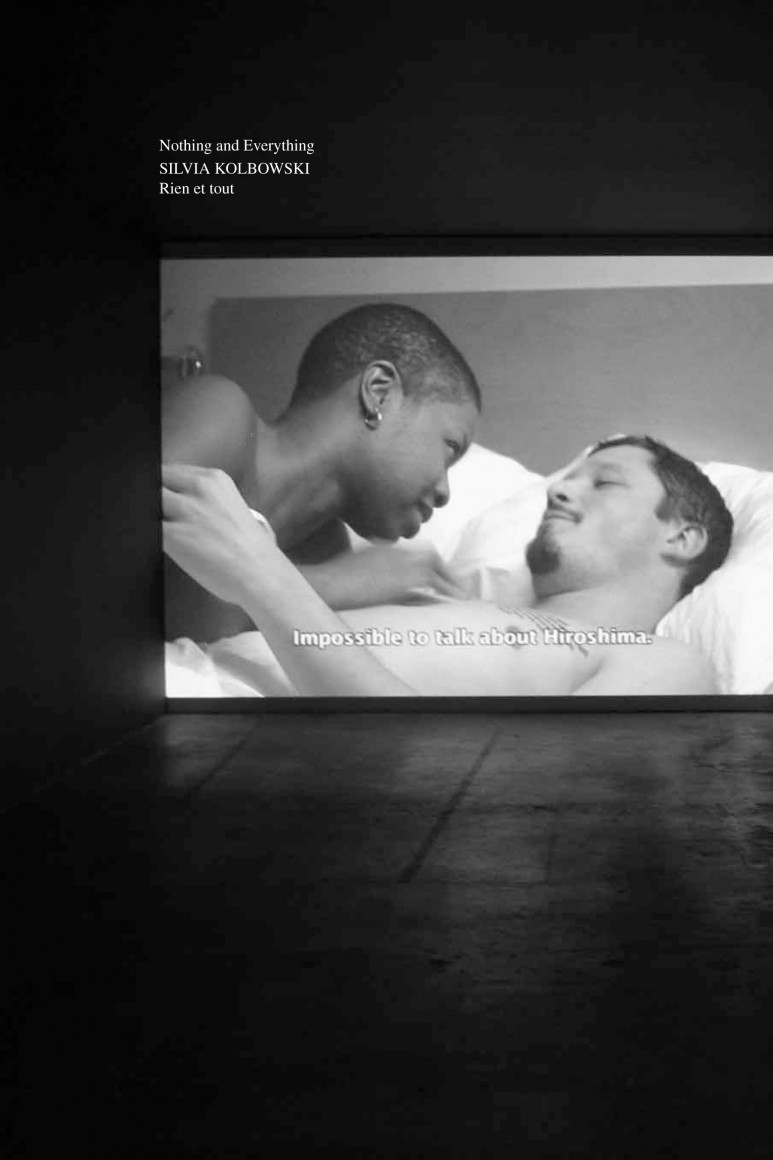 In English and French.

In conjunction with
SILVIA KOLBOWSKI
NOTHING AND EVERYTHING

Evolving since the late 1970s, Kolbowski’s video practice has always been sensitive to the socio-political climate of its time as reflected in the two installations presented here: an inadequate history of conceptual art (1998-1999), a reflection upon the renewed interest in conceptual art, and After Hiroshima Mon Amour (2008), a statement about the American invasion of Iraq. Both of these major works offer subtle and provocative explorations of the meeting of unconscious forces with social, political, and historical structures. Silvia Kolbowski has exhibited at the Whitney and the Wexner and is on the advisory board of October journal.